If there’s one thing I love, it’s television. A breakout character is one that’s not originally meant to be the main star, but the plot of the series slowly shifts to them having a more prominent role.

Often, they’re featured as a supporting player to the main star or even aren’t introduced until the series has its legs.

But it’s happened more often than you think, and you may not even realize it until you go back and rewatch a series.

Erica Kane – All My Children.

In the US, there’s nothing that says daytime TV more than Susan Lucci, the “First Lady of daytime television.”

She earned this title by playing the breakout character of Erica Kane on ABC’s hit All My Children.

Just a teenager when the show premiered, Lucci’s Kane stayed from the first episode throughout its entire 41-year run.

The character, and her family, became arguably the most integral part of the series with various marriages, divorces, affairs, children, scandals, and other typical soap opera stories.

One such story that thrust Lucci herself into mainstream attention was in 1973.

This was when her character had the first legal abortion on American television, highlighting the then-recent Supreme Court ruling on Roe v. Wade.

Lucci continued to play the character until ABC initially canceled the show in 2011.

However, by her final appearance in September 2011, she’d become one of the most famous characters in soap opera history. 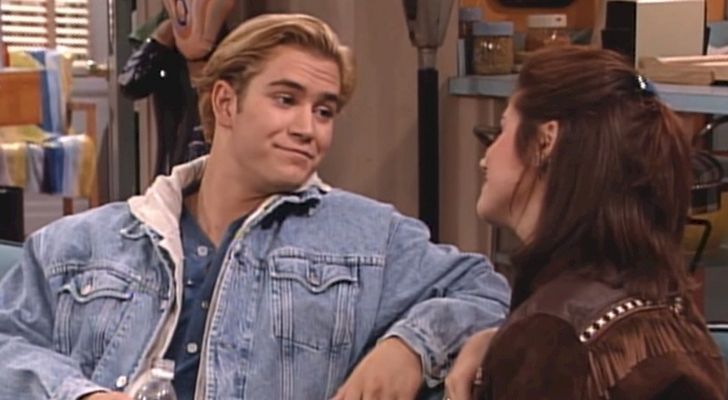 Initially developed for NBC, Good Morning, Miss Bliss was a series about a school teacher and featured class in minor roles (no pun intended).

The show moved to Disney Channel, but after one season, it was canceled due to poor reception and low ratings. However, that would not be the end for this series as it was retooled.

The focus shifted from the teacher to the students, the location moved from Indianapolis to LA, and even the grade shifted from 6 to 8, and thus Saved by the Bell was born.

Saved by the Bell aired on Saturday mornings on the original network NBC and became a teen classic.

And if it weren’t for the lovable and manipulative Zack Morris (played by Mark-Paul Gosselaar), the show may not have eventually found its footing.

After noticing that the scenes featuring the students were getting a better reaction, the format and network changed, thus making Zack and his classmates the focus.

So not only did Zack Morris break out of being a background player in a series, he came to be the centerpiece of the entire revamped version of the show. 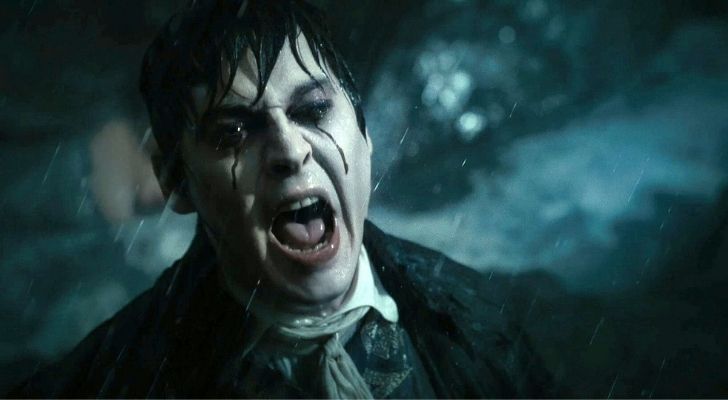 Although most people may only be aware of Dark Shadows from the Tim Burton film starring Johnny Depp, it was originally a daytime soap opera in the US from 1966-1971 before being canceled.

Among the time travel, doppelgangers, and more was perhaps the most well-known supernatural occurrence on the show, the character of Barnabas Collins, portrayed by Johnathan Frid.

Kept around due to the spike in ratings, Collins became the focal point for the original television series and the franchise as a whole.

When the show was rebooted in 1991, Collins was played by English actor Ben Cross from the start, with Scottish actor Alec Newman taking on the role in the ultimately unreleased 2004 remake of the show.

In the Tim Burton film, Johnny Depp portrayed the role.

This fulfilled a lifelong dream for Depp, as playing the part of Collins was, by his own admission, all he wanted as a child. It’s also one of the main reasons he entered acting.

Collins has featured in various novels, audio dramas, and other adaptations of the Dark Shadows franchise.

Having only been intended to appear for 13 weeks and not even introduced until over 200 episodes in, Barnabas Collins is one of the key figures when discussing the concept of the breakout character. 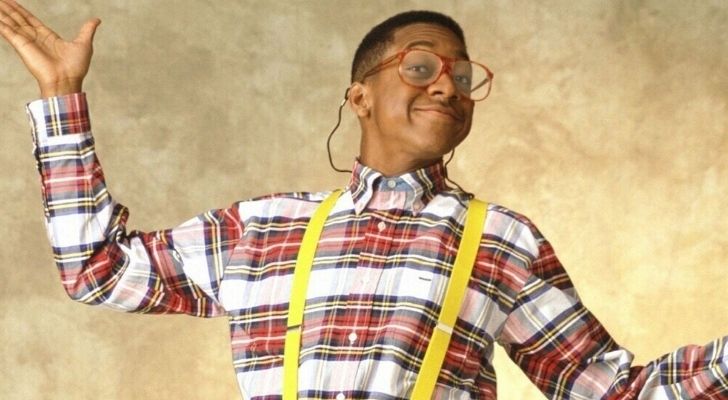 Family Matters is a spinoff of Perfect Strangers.

Steve Urkel, played by Jaleel White, was originally introduced in the 12th episode of the first season and gradually took over as the centerpiece of the show.

After the debut of nerdy Steve Urkel as Laura’s date, he was featured in every subsequent episode.

He gradually ascended to the role of the main protagonist, so much so that the youngest Winslow child, Judy, was written out. Estelle, Rachel, and Richie were also gradually moved to secondary roles.

Despite this, he became best friends with Winslow’s son Eddie, the on-again/off-again romantic interest for daughter Laura, and comedic foil and occasional partner in hijinks with Carl.

He even moved in with the Winslow family in the later seasons. Various Urkel family members, several portrayed by Jaleel White, were introduced, and the character moved to the forefront.

He brought huge ratings success and became one of the most well-known characters of the 1990s. He is the epitome of nerdom and, arguably, the epitome of a breakout character. 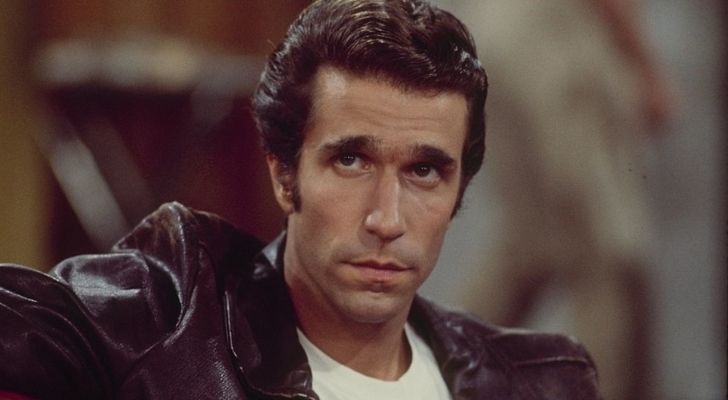 One of only two characters to appear in all 225 episodes of the quintessential American series Happy Days, Arthur “Fonzie” Fonzarelli is one of pop culture’s best-known examples of a breakout character.

Fonzie eclipsed both the initial stars of the series, the Cunningham family, and the original concept as well.

He became known for his signature leather jacket, thumbs-up motion, and catchphrases.

At least three major series spun off from Happy Days, and usually, Fonzie would introduce characters that would lead to the various spinoffs.

Fonzie became so beloved, and the focus of the series shifted towards him so much that original star Ron Howard, who played Richie Cunningham, left the show briefly due to his character being eclipsed by The Fonz.

Fonzie moved in with the Cunningham family and was seen as another son to Mr. and Mrs. C (as he called them). He and Mr. Cunningham are the only two characters to appear in every single episode of the series.

Winkler’s Fonzie is one of the most memorable and prolific breakout characters in television history.

The Doctor – Dr. Who 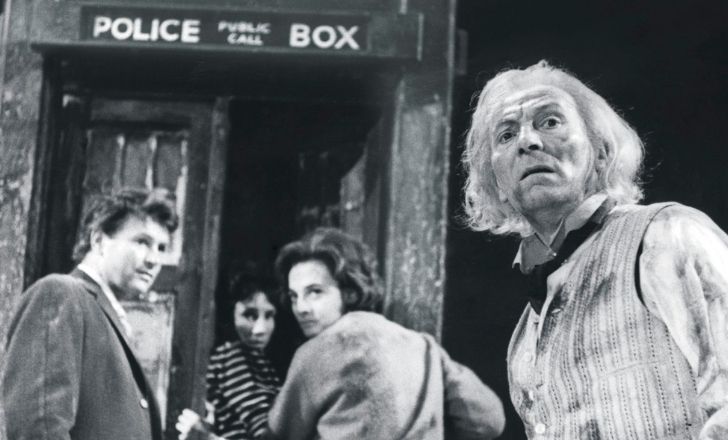 The longest-running sci-fi series in television history, Doctor Who features the titular doctor and various companions across all of time and space.

But did you know that the Doctor wasn’t initially to be the main focus of the series?

Writers and executives at BBC developed Doctor Who and envisioned it to be an educational and informational television series for children and families.

In the earliest episodes of the series in 1963, the original Doctor (portrayed by William Hartnell) was joined by his granddaughter, Susan Foreman.

She was a strange child who was followed home one day by her two school teachers, Barbara Wright and Ian Chesterton.

They happened upon the now-infamous police box, the TARDIS, the vehicle through which The Doctor, a Time Lord, and companions travel time and space.

The Doctor was supposed to act more as a guide and hold the characters together; however, Hartnell’s portrayal of what became known as the First Doctor was loved by critics and fans, and he slowly became the centerpiece of the show.

Hartnell could be the heroic type and the teacher; thus, Wright and Chesterton were no longer needed.

The three companions left at various points, and other companions joined the Doctor on the adventures. Eventually, even Hartnell left the series due to health complications.

With the show being popular around the globe with fans of multiple generations, it’s no surprise the franchise has lasted as long as it has.

But many also don’t know that their beloved franchise featuring the TARDIS living, time and space traveling, companion-having, Gallifreyan Time Lord is probably the perfect example of a breakout character in television history.

So there you have it, some incredible actors who once lurked in the shadows with minor roles but then became far more prominent.

Who are your favorite breakaway characters, and why?